On 25th February 2015, the Rohan Customer Service Team set out on an adventure to the Peak District for two days of active exploration...

We were based in the small village of Meerbrook on the edge of the National Park, in a cosy cottage with views over the Peak. The itinerary for our first day started with a walk over The Roaches (from the French les roches – the rocks) with two Rangers, one of whom was a local volunteer. They gave us a guided tour up the steep footpaths to the highest peak, which was over 500m above sea level. 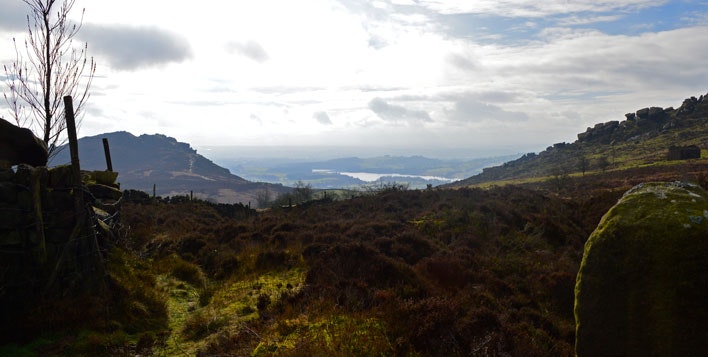 We were told of the many myths and legends surrounding the area, including the tale of a mermaid who inhabits an eerie pool of water, and Rock Hall cave which was occupied by an old woman who would help smugglers to flee the authorities through a secret escape route. These stories were fascinating, as were the true stories regarding the wild roaming wallabies which escaped from a zoo during World War II, and we also passed a Lancaster Bomber plane crash site. A favourite story from the walk was as we walked up to the Queens Chair which was carved from a boulder high above the ground, for the Prince and Princess of Teck who visited in 1872.

The weather was foggy and grey throughout the day, but the sun did begin to shine towards the afternoon. Although the skies were gloomy, the temperature was mild which enabled the team to walk comfortably. The Striders and Troggings proved very popular as outdoor trousers, as they were easy to move in and kept in the warmth. The weather demonstrated how important it was for the team to wear layers, and items like the Microgrid Stowaway Zip were easy to add and remove as required. Breathable base layers help to keep the body dry and at a comfortable temperature, and items such as the Stria Top and Superfine Merino Crew performed brilliantly. Comfortable footwear is always necessary when walking long distances, and the Brasher Supalite II GTX boots paired with Temperate and Cool Socks are ideal for keeping feet cosy and dry.

After the walk the sun started to shine through the clouds and we head to Tittesworth Reservoir for an afternoon of bird watching. There were two hides available which both overlook the conservation pool. The scenic location was home to some rare and interesting birds, and we were advised by the Rangers about the different species and habitats. We were lucky enough to see a pair of endangered Willow Tits which are often found in willow thickets in damp places, but there are only 6 currently in the Peak District. We also observed Oystercatchers, Great Crested Grebes, Coots, and Blue Tits.

It was easy to get chilly whilst standing still, so wearing winter accessories and thick layers such as the fleece Shivling Jacket and insulated Icepack Jacket were key to staying warm, and had the additional benefit of being part of the Rohan Interchange System so could be easily zipped into outerlayers. We also wore small backpacks to keep necessities in, for example a water bottle, camera, and extra layers. The Stravaig 18 has plenty of compartments and pockets to keep things safe, and is lightweight and yet durable with a water resistant cover.

On the second day of the trip, we had scheduled a morning of cycling and we hired bicycles from the Parsley Hay centre. The Peak District National Park Rangers once again guided us along cycling, and we followed national cycle routes 548 and 54 for around 10 miles along country roads and cycle paths. The weather had been wet at the start of the day, however luckily it stopped raining just as we started our cycle. There was still plenty of puddles and mud around, so waterproof outerwear such as Dry Roamers and Mountain Leader jacket were vital to keep dry. There were also quite strong winds as we were cycling between fields where there was no shelter from the hills, so highly wind resistant jackets helped to stay warm and protected from the elements. A change of clothes at the end of the day was very welcome, as our trousers ended up caked with mud!

The Customer Service Team had a great trip to the Peak District, and we all looked forward to returning back to the office and sharing our experiences. A special thank you goes to Andy Farmer, Andy McGraw, Sarah Pye and Chris Watts, our excellent National Park Rangers who looked after us and provided us with lots of interesting information. 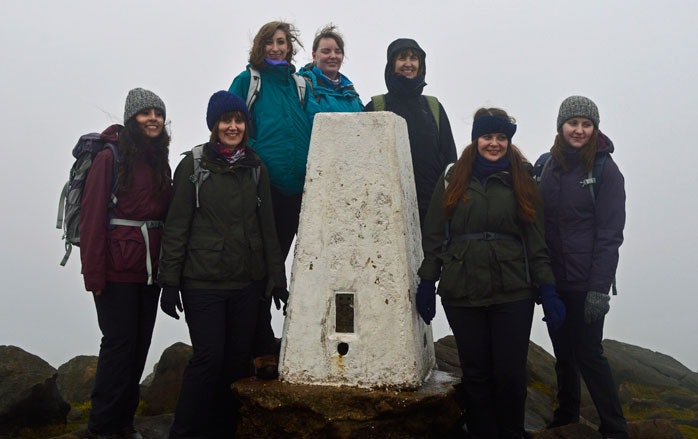