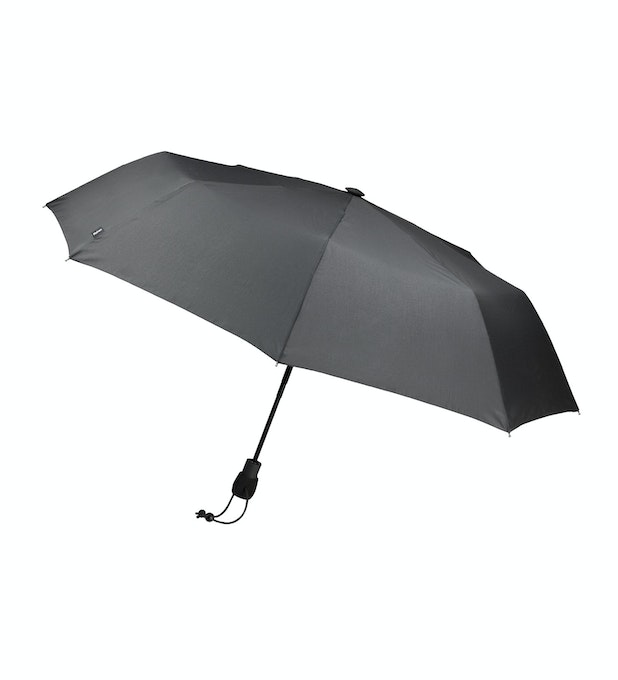 £39.00
Be the first to review this product
Please correct the following errors before continuing:

The world’s most breathable waterproof.

Offering complete protection from vertical rain in conjunction an extremely high level of lateral air permeability, the Rohan Folding Umbrella is the world’s most breathable waterproof.

There are loads of situations – both around town and in the outdoors – where an umbrella makes more sense than a waterproof jacket.

The problem has always been, though, that really rugged umbrellas (such as a golfing brolly) tend to be big, heavy and not that easy to travel with.

Cheap compact umbrellas are obviously widely available – but they tend to far too flimsy to cope with the knocks of travel or heavy gusts of winds.

The Rohan Folding Umbrella, by contrast, offers the best of all worlds: it’s strong, durable, light AND easy to pack.

Packs down to just 29cm long.