£57.00
Be the first to review this product
Please correct the following errors before continuing:

The iconic Rohan Bags are the original multi-functional outdoor trousers and the blueprint for all contemporary travel trousers.

The iconic Rohan Bags are the original multi-functional outdoor trousers and the blueprint for all contemporary travel trousers.

Everything in our clothing range – and, whatever they may say, everyone else’s, owes a little something to the ground-breaking inspiration behind Bags.

Lightweight and quick-drying, they also offer a good (UPF40+)* level of protection from the harmful effects of UV radiation. They feature four security pockets, side expansion panels, reinforced seat and knees and, of course, our trademark accessory D-ring.

Bags were, astonishingly, first introduced way back in the 1970's.

People told us they would never sell. Initially, because they were too futuristic. And now they tell us they won’t sell because they’re not ‘fashionable’ enough.

Yet every year Bags are our best-selling trousers. (Good job the only people we listen to are our customers.)

We know of many Rohan enthusiasts who own six or seven pairs. And of people who refuse to throw away pairs that are over twenty years old – they may have been relegated to gardening duty, but that’s great. They’re still giving good service and great value for money.

Rohan Bags – and we’re very proud of this – are the polar opposite of today’s disposable, frivolous ‘fast’ fashions.

They just work. It was true 30 years ago and it’s true today.

*A Note on Sun Protection

All Rohan garments which carry our sun protection icon, have been tested in accordance with recognised international standards for ultraviolet radiation protection. As a guide to the level of protection offered to covered areas, garments are awarded a rating of UPF 40+. Protection may be significantly reduced with extended wear or if the garment is stretched or wet; the reduction of associated health risks will vary with other factors such as skin type or individual medical history.

Low pack size is a benefit whether you’re packing for a day’s walking or for the trip of a lifetime. We continually scrutinise fabric specification and garment construction to minimise the packed size of our clothing. The actual pack size is tested and listed.

All Rohan clothing is designed to be very fast drying – as much a benefit for unexpected downpours as anything else. It’s easy to wash and often needs no ironing. Almost all garments will dry overnight, meaning you can take less with you. We test every item and list its drying time.

Works even better with 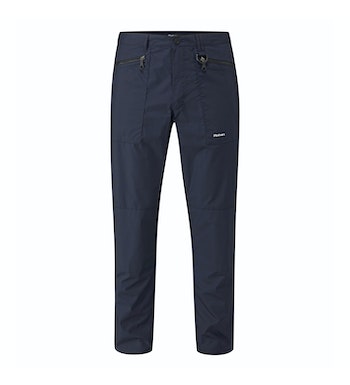