After a visit to the UK, we started our 8,000-mile journey home to the Falkland Islands from Southern Chile. We had moved from Teddington, Middlesex, to Stanley 4 years ago, but when in the UK we often visit Kingston and pop into the Rohan shop there. Behind the counter is a huge poster of the Perito Moreno glacier, which we had always found inspiring.

So, this year, we left Punta Arenas, and took a bus north to the Torres del Paine National Park, in a remote region of Chilean Patagonia..

After exploring for a few days, we caught a bus at 5 o'clock one dark morning.  It was snowing as we paused at the Argentine border, waiting for the officials to open the border gate at 8am. Passports stamped, it was another 2 hours drive across the featureless, rolling pampas before we came to the lake-side town of El Calafate.  After a coffee and stretch of legs, we carried on for another 45 minutes to the spectacular Perito Moreno glacier.

The park authorities have built a extensive boardwalk on the hillside facing the two-mile wide glacier snout.

As we strolled along it, tiredness forgotten, it was an effort to glance down at our feet to check for steps, so mesmerising was the scenery.

And at random intervals, but about 6 times an hour, the hills would echo to the loud crack of a giant shards of ice, the size of a house, breaking off from the ice-face and crashing into the lake. These icebergs would create small tsunamis, which the tourist boats would quickly turn to face head on, to prevent being rolled.

We could easily have spent hours there, trying to capture on camera the moment when an iceberg was created.  But our bus was waiting to take us back to Puerto Natales on the Chilean side of the border.

Thanks to Rohan for inspiring us to go!

What was the one item of clothing or equipment you couldn’t have managed without on your trip?

Icepack Vest.  So versatile when the weather changes so much.

And what was the single thing you’d wished you brought with you – but didn’t?

More time.  It's such a huge region, that there is just too much to see and do in a couple of weeks.

What was the one ‘not so good’ thing about your trip?

Being mistaken for Americans  - they have to pay $160 to enter Argentina.  Fortunately, our Spanish just stretched to explaining we were from the United KINGDOM, not the United STATES.

In a trip full of highlights, the landing by zodiac on Cape Horn just edges it.  It's an almost mythical place, and where we live in the Falklands we see in the harbour,  the wrecks of many ships which were severely damaged attempting to sail round the Horn.  The bravery and skill of those early seafarers is awesome. 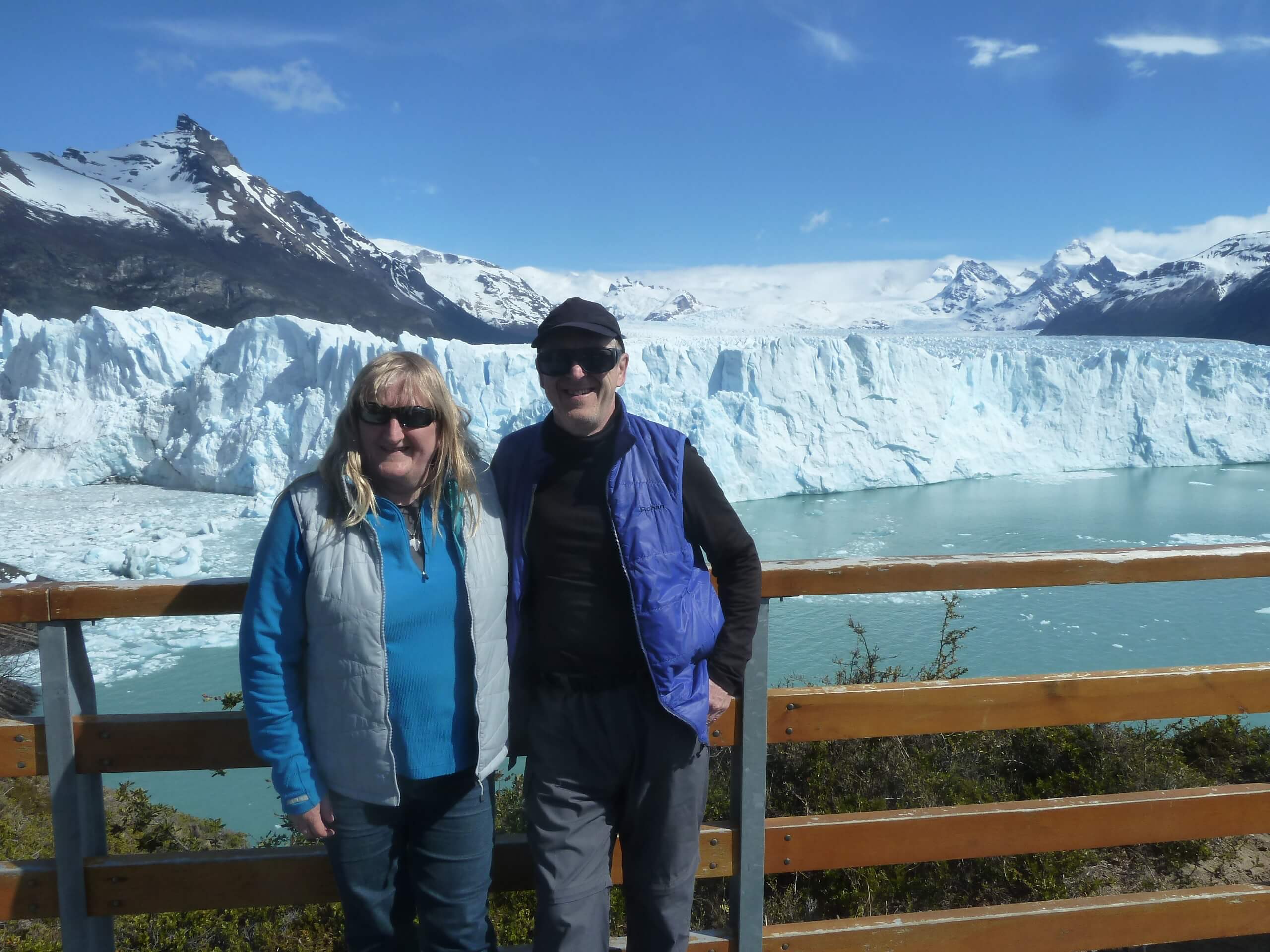