We visited the sacred Mayan cave Actun Tunichil Muknal on our trip to Western Belize in March last year and it was fantastic. Actun Tunichil Muknal is an archaeological burial site that includes skeletons, ceramics, and stoneware. "The Crystal Maiden" is the famous skeleton of possible sacrifice victim, whose bones have been calcified to a sparkling, crystallized appearance.

After being driven for about an hour into the jungle, we disembarked and trekked for three quarters of an hour, fording 3 rivers before reaching the cave.  Then it was strip down to shorts and T-shirt before entering the cave.  The only way in is by swimming about 30 metres.  Thereafter, our wonderful guide Arun led us wading, swimming (again) squeezing through tight spots, scaling a cliff (no ropes!), climbing a ladder and then padding in Rohan socks (to preserve the integrity of the site) amongst thousands of Mayan sacrificial items including pots, cooking utensils and even skulls.

When we eventually arrived at the inner sanctum, there was the 500-year-old calcified skeleton of a sacrificed teenager.

The entire site has been designated a heritage location by the Belizean Government and absolutely nothing has been removed.  It was an awesome five-hour trip that we will never forget.  Unfortunately, a previous visitor dropped his camera on a sacred skull, damaging the skull irrevocably, so now cameras are totally banned.  The photo shows me in the background in my Rohan T with my hand on Gill’s shoulder, and she is in her blue Rohan shorts and top.

We were really glad of our quick-drying shorts and tops but the one thing we really appreciated at the end was our micro-towels.

The highlight was sitting in the absolute darkness hearing the history of the cave from Arun and then being faced with the final sacrifice when Arun switched on the red light on his helmet. 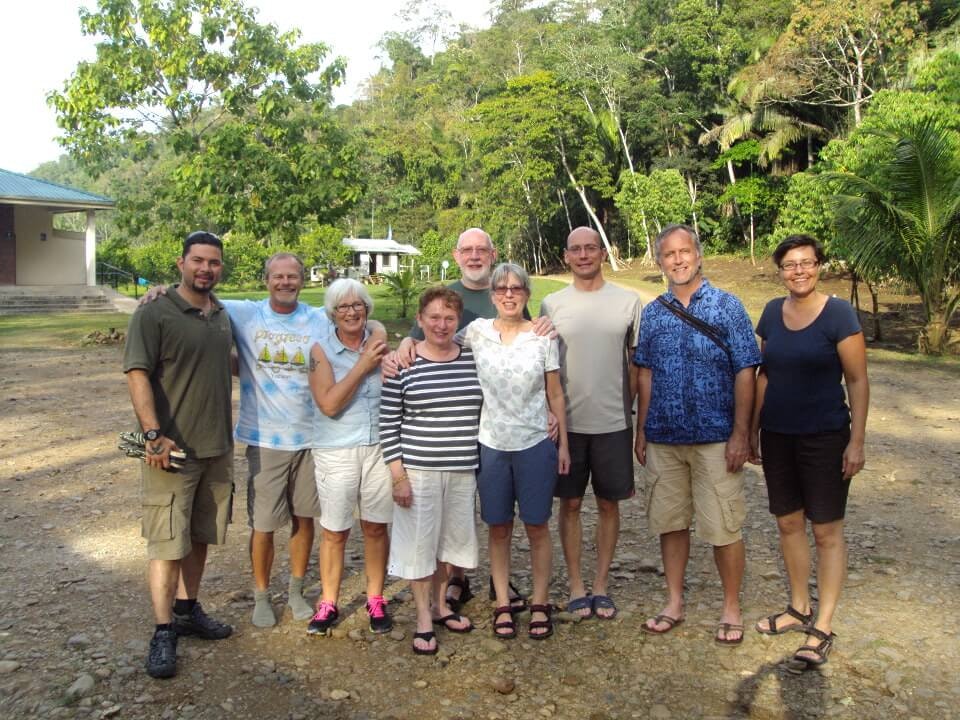