This was our second trip to Botswana, again visiting the Okavango Delta; which is the world’s largest inland delta system and supports an incredible diversity of wildlife. We spent 8 nights in the Okavango staying in 3 camps, giving us different wildlife and landscape experiences.

These were ‘bookended’ by 2 nights of flights to and from Johannesburg – about 11 hours each way, plus some internal flights.  Oh, and by camps, we stayed in permanent ‘tents’ with en-suite facilities, including outside showers, as Jo doesn’t do camping!  As Mr. Spock might have said, “They’re tents Jim but not as we know it.”

Now for the educational bit.  Botswana is landlocked in southern Africa, is slightly larger than France, with 80% being the dry Kalahari and with a population of about 2 million; however, the wildlife jewel is the Okavango.  It’s had a stable democratic government since independence in 1966, it’s rich in mineral resources, particularly diamonds, copper, nickel and coal; but we didn’t go there for the minerals.

Why Botswana?  We love the country, the people and its approach to tourism, along with protecting the environment and its wildlife.  The private game reserves and national parks are carefully protected; concessions being awarded for 15 year terms, with just a few camps on each concession.  These camps have between 5-8 tents, so typically 10-16 guests.  Exclusive is a word I’d use, so this type of holiday is not cheap; but what you get for your money is lovely accommodation, perhaps sharing a ‘landy’ with one other couple & having access to some fabulous unspoilt countryside.  No caravan of 4x4s queuing up to view the wildlife here.  Whilst you might not see the ‘big five’ in a day, you experience the wildlife – in the wild – with a surprise just round the corner.  You also have incredibly knowledgeable guides, who can drive you around, spot and describe wildlife, share ‘high value’ wildlife sightings with other guides and hold a conversation with you.  Who said men can’t multi-task!  Rounding off the day with an evening game drive followed by ‘sundowners’ whilst watching a fabulous sunset set us up for supper and bed.

The highlight was obvious – the wildlife in all its wonderful, colourful forms.  Seeing a herd of 40+ elephant, we lost count at 43, was impressive; followed a few days later by seeing a 1 day old ‘Ellie’, which had a big ahh factor.  We still love seeing lion and a ‘coalition’ of 3 young males together was impressive – we just watched them for an hour, from about 5 metres, as they did what cats do in the heat of the day – had a rest!  We did see one young leopard, which was also a joy – and lucky.  However, at #1 must be when a large bull elephant decided to take a short cut through the camp.  Being so close to such an animal was an incredible privilege – as we watched discreetly.

Item of clothing or equipment I couldn’t have managed without - So what about the Rohan part of the trip?  I’ve worn Bags for several years (longs and shorts) but bought my Trailblazers Convertibles in early 2015 – so the holiday revolved around their purchase!  They were ideal, being comfortable on long flights and light aircraft ‘hops’ in-between camps (as they’ve got more ‘give’ than my bags) and perfect for game drives.  The flexibility to start the day long (as it was a bit nippy at 05.45), take the legs off as the temperature grew (to 36º C most days) and then put the legs back on to provide the necessary sun protection for my nobly knees was invaluable.  They were the perfect complement to my long sleeved Expedition shirts and I couldn’t have managed without them.  The proof of the pudding is that I’ve bought another pair.

What do I wish I’d taken with me?  A bigger lens, as a 100-400 zoom is just not enough sometimes!  I wonder when Rohan will be introducing a lightweight long lens?  There were no ‘not so good’ aspects of our trip as booking through a trusted friend and using Wilderness Safaris ensured we had a fab holiday. 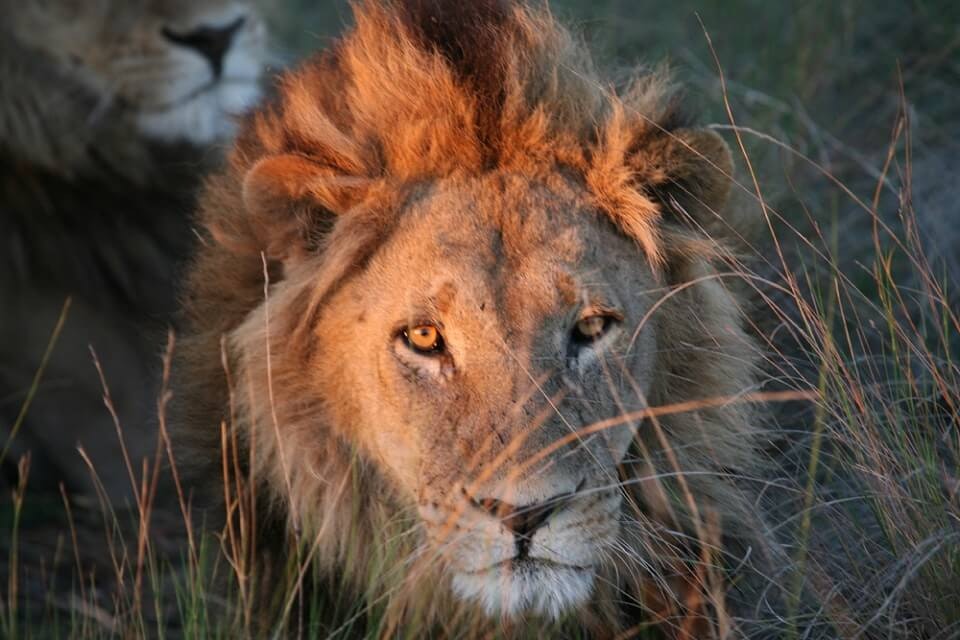