January 2015, the dry season, and the Irrawaddy River is 9 metres deep; a barge is beached on a mid-river sandbank. One of the crew was leaning out over the bow, stabbing the unweildy bamboo pole into the shallow river, inky in the dying light.

We edge into the scrubby bank, King Bodawpaya's unfinished pagoda monolith rearing suddenly, darkly, surrealy, above the trees. The boat drifts in to moor alongside a man, his longyi swaddled around his thighs, squatting to wash metal pots. Two of the crew jump off, struggle to hammer a metal stake into the rising bank, rope the boat, and swing down the narrow gangplank.

We had travelled the rest of the Far East, retirement merited something special and Myanmar was opening up. We had a white-knuckle ride down Mandalay Hill, rang the gigantic Mingun Bell, walked amongst ancient Buddha statues with gaudy, flashing neon halos, sailed out between the floating gardens of Inle Lake, saw endless needling  stupas, white and golden everywhere we went, looked on as monks in blood-red robes collected alms, rode motorbikes, and charged mobiles in Departures.

Rohan's versatility, lightweight, easy wear, easy wash and dry, is made for unforgettable journeys like these.

We wouldn't have been without Trailblazers Convertibles - for temple cover ups and temperature changes, going from sultry Mandalay to the cool of a drizzly Inle Lake in a fast long-tail boat. We wished we had had a Freight Vest: the security and ease of all those pockets when you're out and about all day, and on an ox cart, a trishaw, a horse and cart, a boat, and running the gauntlet of markets, beachside eateries, and waterside temples.

If one thing could have been different, it would have been to see the Shwedagon Pagoda in all its blinding glory, the sun refracting off the huge, golden stupa. As it was, it was meshed in an intricacy of bamboo scaffolding, for its four-yearly re-gilding. But there were so many other highlights that it's difficult to capture one, but aside from the obvious 'wow' moments of Bagan or other temple sights, it was the privilege of being, however fleetingly, a small part of life lived, blessed by smiling faces rubbed creamy with thanaka, and blessedly invisible still in a country so new to tourism that hawkers were a rarity and we were left untouched, but deeply touched. 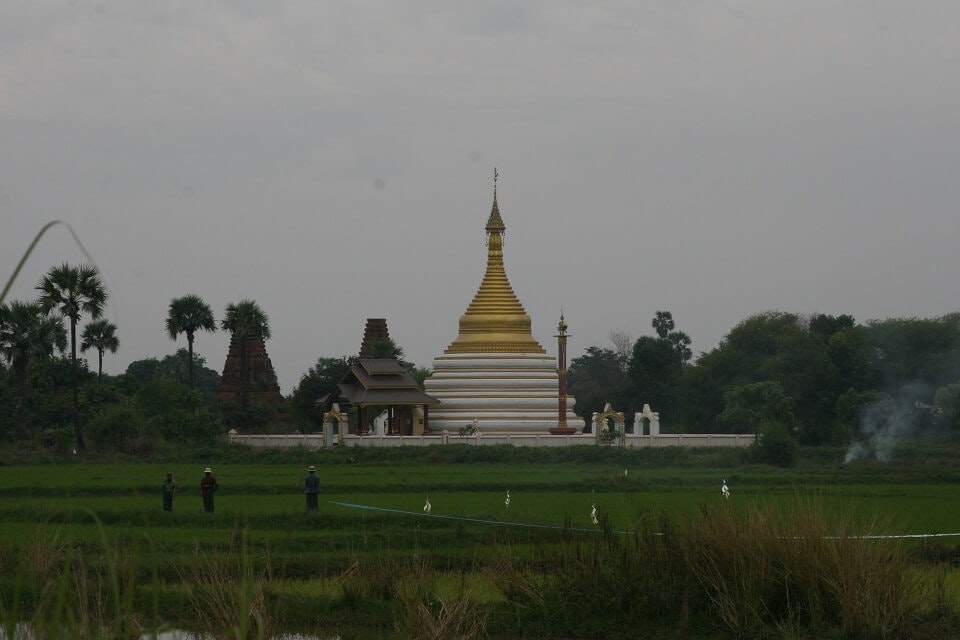