We shipped our motorcycle as air cargo from Heathrow to Montreal, with no plan other than head West until we reached the Rocky mountains, then North to Alaska before heading back South to the USA and then East and back to Montreal.

The total journey was 15,000 miles and 14 weeks.  We were more or less self sufficient with enough camping and cooking gear and clothing for us both all packed onto one bike.  Space was clearly very tight but Rohan’s clothing system meant we travelled light.

The Trees, Lakes and Rocks of Ontario took a week to cross and after we had skirted the north shore of Lake superior soon gave way to open prairie.  Then began the long slog to cross Manitoba, Saskatchewan and Alberta to reach the rockies and the Icefields around Jasper, Banff, and Lake Louise - surely one of the most beautiful places on earth.  British Colombia is a province of huge contrast and in one day we went from Icefields with sleety rain into vineyards and warm sunshine.

Northwards took us through increasingly remote parts of British Colombia and into the Yukon.  Long dirt track roads took us deep into forest to visit the Salmon River Glacier, the first nation settlement of Telegraph Creek and the historic and beautiful Gold Mining town of Dawson City in the Klondike region of northern Yukon.   The weather was what you might expect from the land of permafrost: cold, wet, occasional sleet even in late June.

A crossing of the River Yukon followed by a 100mile dirt road took us to the border with Alaska at “Chicken” and then onwards to join the most Northern parts of the Alaskan Highway.  Tok, Fairbanks, Denali, Anchorage, Valdez, Glenallen, Destruction Bay, and Haines formed the main nodes of our Alaskan tour before getting the Alaskan Ferry down the west coast archipelago to Washington State, but only after enduring a 3-day breakdown of the boat in Juneau, Alaska.  This boat trip should be on everyone's bucket list.

After several days on Vancouver Island we headed West across USA into the Cascade Mountains, and onwards to the Glacier National Park which was largely closed due to a forest fire.  Idaho, Montana, and Wyoming were everything I expected and more: big sky country does not do their grandeur justice at all.  The ghost gold mining town of Garnet typifies the remote and rugged scenery and is accessible only via an easy dirt road one way or a very challenging trail the other - we rode the trail much to my wife’s consternation.

Yellowstone, despite being thronged with tourists is a vast awesome wilderness of Geysers, mud pools, Canyons, Bison, Bears, and Wolves.

Another place that should be on everyone’s bucket list.  The 11,000 foot Beartooth Pass took us out of Yellowstone through the very best scenery in the Rocky Mountains.

The relentless journey East continued and as we neared South Dakota motorcycles dominated the road; we hadn't realised the biggest motorcycle gathering in the world was taking place at Sturgis with over 1,000,000 bikers expected there.  Not quite our scene so we gave it a wide berth and headed into the Badlands of South Dakota.  The temperature exceeded 42c and at first we were thankful of the warmth as until then the weather had been mostly cool and damp, but 42c is too hot to ride a motorcycle in unless liberally doused in water and moving at a steady speed to get a cooling effect.

The temperatures eased down to an almost tolerable mid-30s as we lost altitude and entered the farming country of eastern South Dakota, and Minnesota but the humidity rose and with it the bugs emerged: huge biting mosquitoes that were worse than anything experienced in Yukon or Alaska, especially after dark.  Camping was an ordeal as the temperature barely dropped at night and we were plagued with the mozzies.

In combination with our outward leg we more or less completed a circumnavigation of Lake superior by following the Southern Shoreline before crossing back into Canada at Sault Ste Marie.   A ferry across lake Michigan took us to Toronto and Niagara Falls before a simple journey back to Montreal and a flight back home.

- Couldn’t have managed without

- Not so good thing
Extremely hot, humid, and buggy in South Dakota and Minnesota.  Camping was an ordeal in temperatures of 38c in the day dropping to “just” 30 at night, with billions of mozzies to contend with too.

Riding my motorcycle up a dirt road to see the Salmon River Glacier, Yukon in the evening sun and being on our own up there.  Truly Glorious 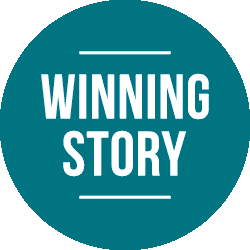 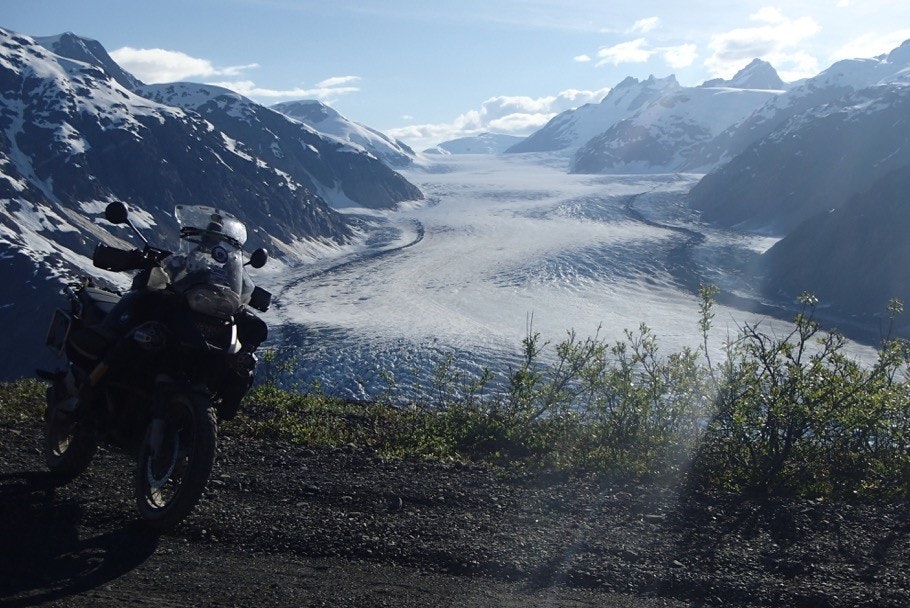