In August 2015, I was lucky enough to visit BC, as part of a Field reconnaissance crew for work. I landed in Canada on the Monday, & was in a 4 seat Cessna on the Tuesday, flying north over the foothills of the Rockies. I arrived in Chetwynd & within two hours, I was heading out to the field.

Unfortunately, I had only packed an overnight change, & so had a pair of trailblazers, a couple of core silver zipped long sleeved tops, & a few pairs of ultra silver trunks.

I spent the next 3 days, wandering around the deep Canadian backwoods, up & down some serious hills & slopes.

To my amazement, the trailblazers stood up to the 3 day assault very well, as did the core silver zipped tops!

My pull on dealer boots did not fair quite as well! Fortunately, I had brought enough pairs of trunks to wash each night & have dry the next day!


What was the one item of clothing or equipment you couldn’t have managed without on your trip?
Rohan Trailblazer trousers

And what was the single thing you’d wished you brought with you – but didn’t?
A decent pair of Hiking boots

What was the one ‘not so good’ thing about your trip?
That I had to return to the office after 3 days.

What was the highlight?
On the final afternoon, a colleague & I had to drive almost 40kms through the backwoods on a 4x4 atv, to scout a possible access route. We managed 33kms before we were stopped as the track had been washed away by a flooded creek. We decided to return to base, called in on the satellite phone, & on the way back a black bear crossed our path! 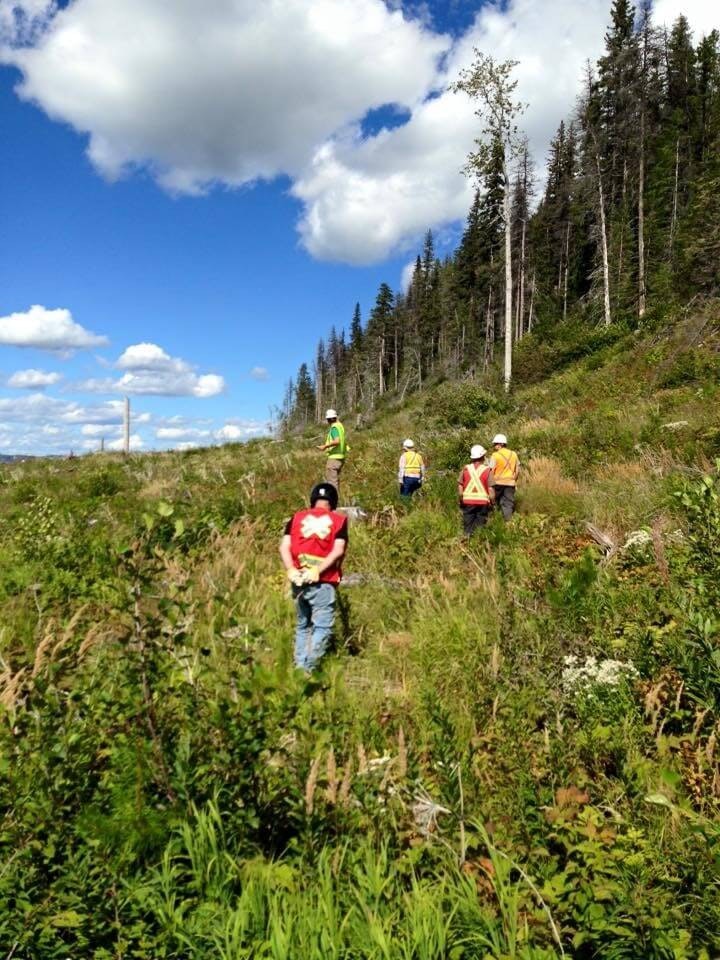