I read and heard Rohan gear was up there with the best, so back in 2007 , I purchased some "Uplander" long trousers, 3 Rohan T Shirts and a fleece; into my kit bag they went for the 3 week trek of the Annapurna Circuit.

For walkers, Nepal is like no where else; the scale of the mountains and the juxta position of sub tropical verdant forests , millet /rice terraces and the snow covered 7,000m giants can only be appreciated by going there and seeing it. Add to this the huge valleys, rivers, waterfalls, local peoples; anyone who is into serious walking must go there at least once in their lives!

The scenery between Manang and Thorong Phedi is something that will stay in my memory forever, along with the view from the Renjo La on the subsequent Everest trek!

What also became evident on the first trip, was how good the Rohan gear was in wicking sweat , feeling warm/ comfortable and being extremely rugged. This minimised use of the travel wash! Indeed, the trousers were hammered and looked like they had a mud lake and desert on them after walking the Kali Ghandaki but after washing, looked like new.

The gear is so good that two Himalayan and three European treks later over an 8 year period, they are still going strong!

What was the one item of clothing or equipment you couldn't have managed without on your trip?

And what was the single thing you'd wished you brought with you - but didn't?

- Sleeping Pills! lack of sleep due to jet lag, altitude and a different environment, sleeping at a different place every night. I'd recommend anyone doing a long trek obtain low dose sleeping pills from their doctor; they really help if you take them when you really need a good nights sleep but don't take at high altitude!

What was the one 'not so good' thing about your trip?

- Illness; two people became ill due to bad food (eggs - (salmonella) and AMS ; this meant the group of 5 was reduce to 2 by the 11th day. Thankfully, all recovered and the couple affected by the food were able to join the trip near the end.

- The highlight was walking between Chame and Lower Pisang, the scenery and change of landscape was the best I'll ever see and captured why the Circuit was rated the best walk in the world at the time. 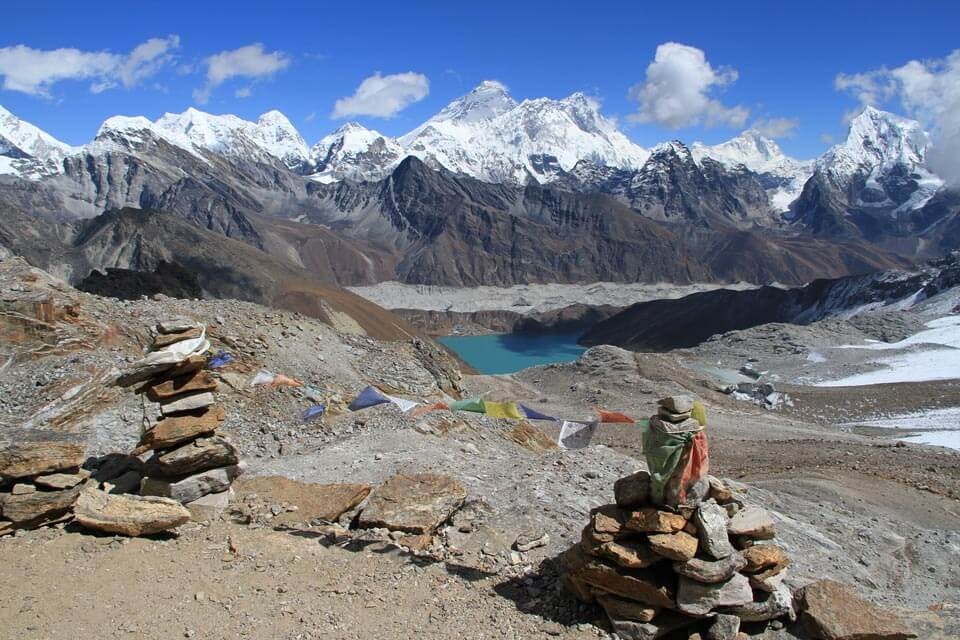