As trustees of a charity called Project Sri Lanka, Alison and I go to Sri Lanka each January to check on the projects we support. January is the best time to go in terms of the climate. But, although this is not the monsoon season, by European standards it is still extremely hot and humid. When we get back to the UK, after four weeks away, and open our suitcases, steam rises from the moist clothes inside. Therefore, each time we go, we rely more and more upon our Rohan clothes which are easy to pack, and easy to wash out.

In all three pictures, I am wearing my Rohan convertible trousers, which I always take to Sri Lanka. When travelling, I rely upon the fact that they have seven secure pockets. They are both comfortable and rugged. And when we have to enter a sacred temple site (or indeed an area where there might be mosquitoes), it is so convenient (and quick) to turn them from shorts into longs.

However, notice the different shirt in each photograph. The day we climbed to the top of Sigiriya, I was wearing an ordinary cotton shirt. It's quite a tough climb; and before long I was drenched in sweat. The shirt worn at Pinnewala was also sticky and uncomfortable. The Rohan 'safari' shirt in the third photo was by far the most sensible choice.

Despite having the wrong shirt, the climb at Sigiriya was the high point of our first visit to Sri Lanka.

First, we crossed the canal where the tyrant king kept crocodiles to thwart his enemies.

These days a bridge is provided. Then we fought off the attempts of local guides to carry us up the steepest sections. Of course, there would have been a fee for this service. Before our visit, we had been warned that sometimes swarms of killer wasps attack pilgrims making the climb. But fortunately the wasps were elsewhere that day. Higher up, we marvelled at the ancient rock paintings of the topless maidens said to represent the king's concubines. And when we reached the top, the view out over the vast tracts of jungle was breath taking. In fact it was so good that, three years later, we did it all over again! This time I wore my Rohan 'safari' shirt.

Our next visit to the 'Cinnamon Island' starts on January 20th, 2016. And I've just bought a stratum polo shirt from Rohan. I can't wait to try it out in warm and sticky Sri Lanka. 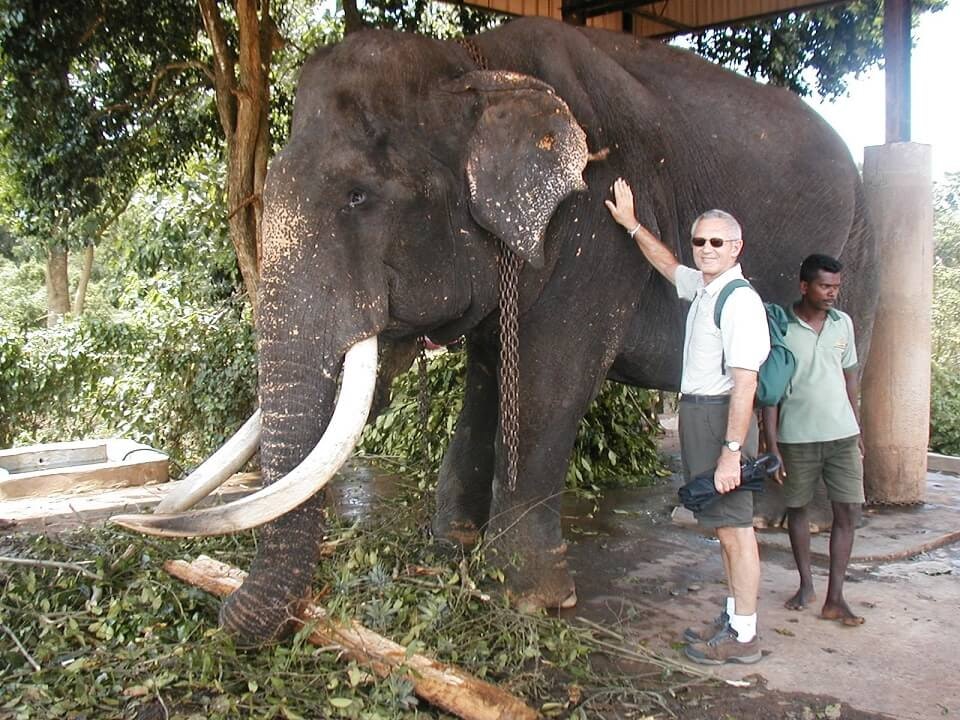