Apart from the quality and design aspects, we have found that buying Rohan clothing saves us money and hassle on trips. As we live in the north of Scotland and flights to our favourite countries - France and Switzerland - often mean taking three flights each way, any saving we can make on flight 'extras' such as baggage charges helps a lot.

Had we taken hold luggage we would have missed the first connection on our last trip to Limoges as the first flight was delayed and we had to run through the terminal building, no time for waiting at a carousel!  We have found that being able to get a week’s clothes into a carry-on bag the ideal solution, although with the ease of washing and drying Rohan clothes, 3 or 4 days of packed clothes are ample. We carry coats rather than pack them, usually with a fleece zipped into an outer jacket.

We even had what you might call a Rohan Honeymoon!

We stayed in the apartment we have used for 10 years in Lauterbrunnen, which is below Wengen and Murren in Switzerland, and instead of skiing we had Swiss Rail explorer tickets, visiting Meiringen, famous for the Reichenbach Falls where Sherlock Holmes fought with Moriarty and where meringues were invented! Also Interlaken, Basel, Lausanne and the largest thermal spa in Europe at Leukerbad.

The train journeys and the boats on Lakes Brienz & Thun next to Interlaken offered a scenic overload and near the village of Brienz the Ballenberg museum of ancient Swisss houses and farm buildings - many in use with rare breeds of cattle and other animals is a must.  Cath would not have liked to have been without her Boundary Hooded Fleece and wished she had her Malay top (it was warmer than anticipated), and for me my Mountain Leader Jacket but wished I’d had a lightweight shirt.

The worst part was being berated by an over-ambitious trainee train ticket inspector as I didn’t have my passport on me.. But the best part was relaxing in the thermal spa in the mountains, apart from getting sunburnt! 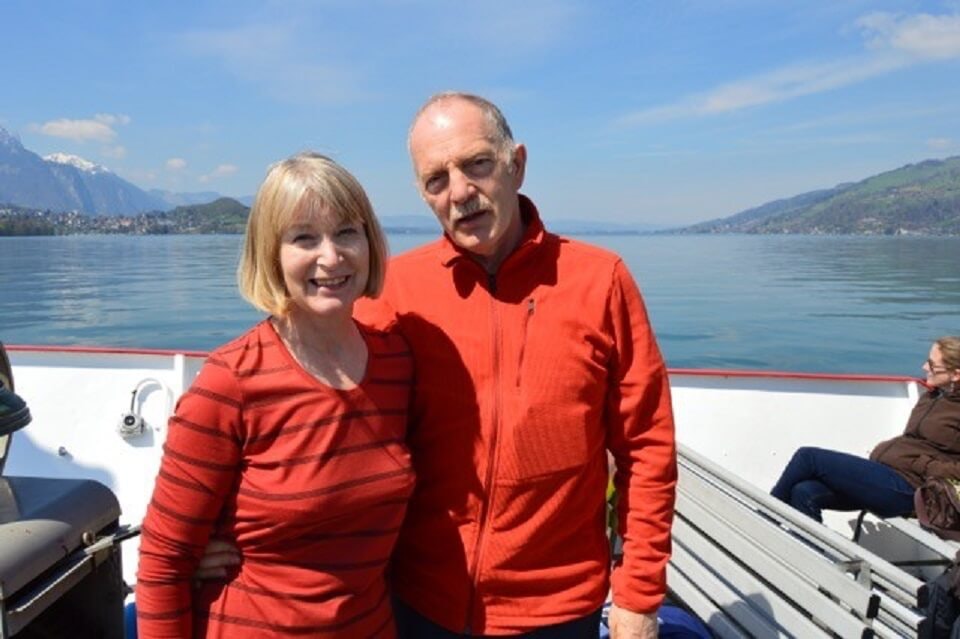