I'm 65 and now retired, and last July I set off intending to walk the full length of the Pyrenees. There are three walking routes through the Pyrenees: the GR10, which stays on the French side, the GR11, which stays on the Spanish side, and the HRP (Haute Route Pyreneenne) which doesn't care at all which side it's on or which country it's in, but just tries to keep as close as possible to the high mountain peaks. All three routes are a challenge, but the HRP it just had to be!

It's about 500+ miles/800+ km. And about 40km of ascent... I set off from Hendaye, (on the Atlantic coast of France below Biarritz), fairly quickly and hoped to complete the walk in about 35 days, but after a week or so I was enjoying it so much I slowed down. Why race through a walk I probably won't ever have a chance to do again? I eventually got to sunny Banyuls on the Mediterranean after 50 glorious days spent walking through France, Spain and Andorra amid some of the most beautiful and unspoilt scenery Europe has to offer. Some parts were easy, some were quite severe (one of the highlights was the Passage d'Orteig, near the wonderful Refuge d'Arremoulit) but I enjoyed every minute. If I, a retired office worker can do it, anyone can, why not have a go yourself? If you want to know more about it you can look at the diary I wrote.

For those following the Haute Route a tent, sleeping bag and several days' food and drink are essential, which means that the weight of everything you take has to be carefully measured and kept to a minimum.

Many happy hours were spent looking at equipment and clothing to achieve the lightest, toughest, and best value I could find. Guess whose clothing won the day? I took lots of Rohan kit, including Ultra Silver baselayers, a Microgrid fleece, and Rohan Hot & Temperate socks. All performed well, but if there was one thing I couldn't have managed without it would definitely be the Ultra Silver T-shirt and trunks. They are absolutely the lightest baselayers I could find, bar none. They are very comfortable to wear and they dry pretty much instantly. It was so useful to be able to wear them all day, rinse them through in the evening and be certain they will be dry and ready to wear the next morning, early.. the ones I had were a lovely deep blue, it would be great though if they made them in more colours. Never mind, the ones I took are still in perfect working order.

The Microgrid fleece also punches well above its weight. I couldn't find a lighter fleece anywhere, it was ideal for warmer days, and with a windproof layer over it, ideal for cooler ones too.

I have a pair of excellent Rohan/Fizan walking poles but chose to take a pair of carbon fibre poles instead. They were lovely, (though not quite as light as the Fizans) but one of them broke inside a week.. so I now wish I'd taken the Fizans!

For me this was the walk of a lifetime.. except I am already starting to think about what I should do next! 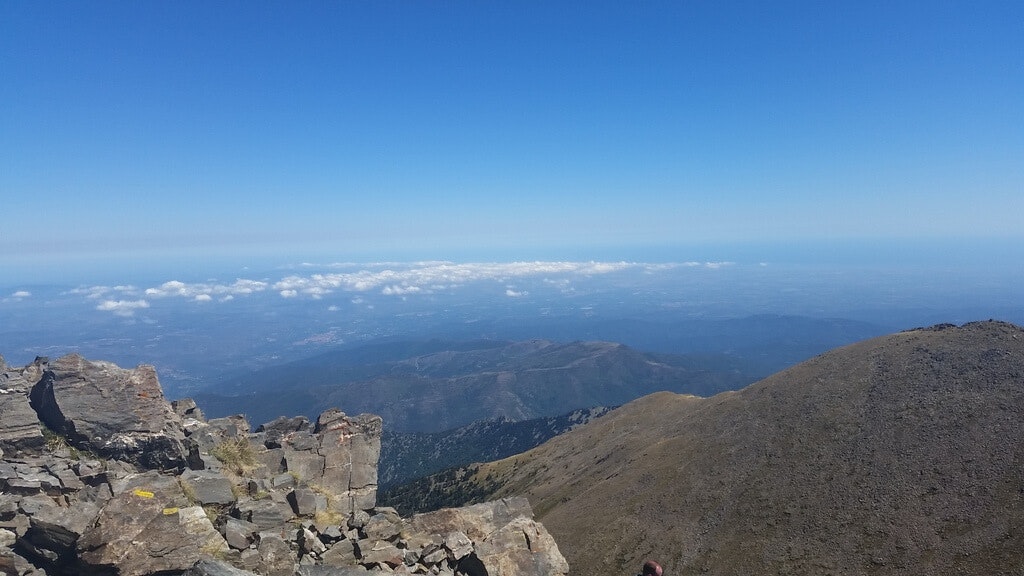