An epic challenge: running from John O-Groats to Lands’ End.

We have been periodically catching up with Neil Russell throughout this year whilst he prepared for his epic challenge to run John O-Groats to Lands’ End.

Neil, 64 years old, was diagnosed with Parkinson's four years ago, and we are pleased to announce he has now completed his mammoth challenge on August 21st after thirty-six days of 34 back-to-back marathons.

Neil started running from John O'Groats to Lands’ End on July 18th, raising money for Parkinson's UK, he covered an astonishing 1000 miles including a number of detours that had to be made.  Running through all weathers and sometimes running until 11 p.m.  Throughout his journey, he has raised more than £10,000 for Parkinson UK.

Although there have been injuries and doubts along the way, Neil's steely determination and positive mindset allowed him to run the last 100 meters into Lands’ End accompanied by his eight-year-old granddaughter, Imogen.

So, today we catch up with Neil, now he has had a little rest to share his final chapter and tell us about the highlights of his epic challenge.

Neil began his journey on a beautiful sunny day on July 18th and commented, "I am feeling good although a little nervous, and I am looking forward to getting started."  Throughout the journey, running clubs along the route and members of his local club Bourton Road Runners, all came out to support him. This was invaluable to Neil and helped him through what were at times, long and challenging days.

If running back-to-back marathons wasn't enough, on July 23rd, Neil celebrated his 64th birthday and therefore became one of the oldest people to run JOGLE.  Unfortunately, Neil’s birthday was treated like any other day and consisted of lots of road running, keeping to the verges away from heavy traffic, so not quite the birthday he had wished for. However, he was now well on the way, running through Scotland, contending the hills, and heading towards Gretna Green and then onto England.

Moving in the right direction

As Neil crossed the border into England on August 3rd, Kendal marked the halfway point of the challenge. Having reached this milestone Neil comments "I am still feeling good, albeit a little tired in the legs." However, the worst was yet to come. On August 6th, the weather turned with heavy rain. Neil reached for his trusty waterproof Helix Jacket, which helped keep him dry and shielded from the wind. The lightweight jacket provided freedom of movement and breathability, suitable for tackling the British weather. Neil commented at the time, "A bit of rain isn't going to stop me. I will keep going through it, and eventually, I will come out the other side."

A crucial part of the run was Neil's partner, Nicky, who drove the camper van, cooked the meals and washed the kit. Neil commented, "Nicky has been remarkable and has kept me on the road every day and has been my biggest supporter."

The weather continued to be unkind to Neil as he battled torrential rain, blistering sunshine and busy highways using all seven pairs of running shoes he had with him to complete the challenge.

At times with injuries, every step was painful. Add in the detours due to heavily congested roads in Scotland and Cornwall, Neil’s total mileage was an impressive 1000 miles.

Was it worth it?

"The most challenging part was when every step was painful. It was emotional, but I knew I would never quit. The support throughout has been remarkable and especially when I came into Somerset. There were offers of tea and biscuits, help with directions and information on more inaccessible roads, donations thrust into my hands, and the welcome in places has been fantastic. I even had a brass band play for me in one village. It's that type of support that kept me going when the going got tough. I've had donations from a pound to a hundred pounds.”

"I have realised I am stubborn, but I have resilience and more in the tank than I give myself credit for. It was harder than I thought but a fantastic experience. My body has constantly reminded me that I'm 64 and not 24 years old, and I've learned the hard way, but I have realised that my Parkinson's diagnosis does not define me. In fact, I won't let it define me. I am in control."

So, was it worth it? I think the answer to that question is yes. We wish Neil many congratulations from everyone at Rohan, he has been a true inspiration to us all. If you want to still donate, please click here. 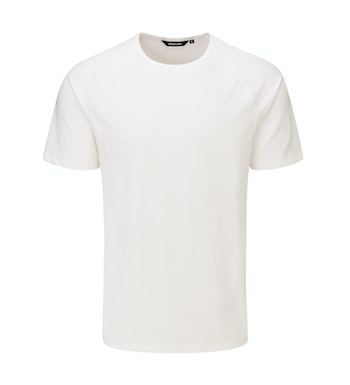 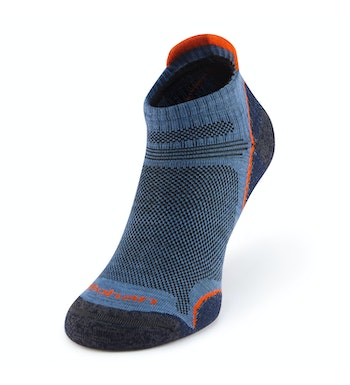 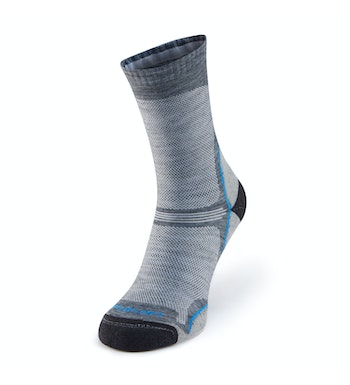 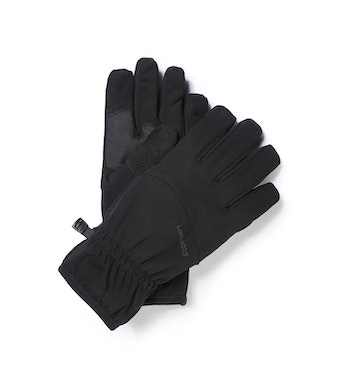 "Day 20 and I’m running through Wigan. It’s my twentieth marathon in a row and with non-stop torrential rain it was also the wettest. Thanks to my Helix waterproof jacket, it kept me dry and comfortable all day long which helped me complete my run."