Who is Wander Woman?

She is also Sleep Storyteller-in-Residence at Calm.com where her stories have been narrated by Stephen Fry, Joanna Lumley and Jerome Flynn to name a few. She regularly writes for The Guardian, The Telegraph, The Times (of London) and is a correspondent for BBC Radio 4’s From Our Own Correspondent.

She is the author of 10 books including the Travel Writer’s Field Guide, Extreme Sleeps: Adventures of a Wild Camper, Wilderness Weekends: Wild Adventures in Britain’s Rugged Corners and the first guidebook to British bothies – Book of the Bothy.

Phoebe’s Wander Woman Podcast is an audio magazine that tells the tales from behind the scenes on her adventures as a travel writer. It weaves together her passions for finding off-the-beaten-track adventures, wild spaces in unlikely destinations, wildlife encounters and the unsung heroes behind conservation efforts.

Every month she will take you somewhere different.

Introducing the Wander Woman Podcast, in association with Rohan

The Wander Woman Podcast is a monthly audio travel magazine from award-winning writer, photographer, broadcaster and adventurer Phoebe Smith. Join her life on the road as she takes you to off-the-beaten track places, reveals wild spaces in unlikely destinations, discovers the world’s best wildlife encounters and meets the unsung heroes behind conservation efforts, plus every episode she grills a travel celebrity.

*at time of publishing.

Wander with Phoebe as she explores Florida’s wild west, well away from the theme parks. From diving for fossilised shark teeth, to swimming with manatees, birdwatching close to the city of Sarasota and seeking out the Sunshine State’s iconic alligators.

Also in this episode; learn how to sleep well on a long haul flight, meet a former political prisoner on South Africa’s Robben Island, discover the world’s best close encounters of the wildlife kind and gen up on ‘how to buy’ the perfect travel hoodie.

Plus, hear about Levison Wood’s mission to find some downtime and learn from our Wander Woman of the month - Katherine Routledge – who helps uncover the secrets behind the giant stone Moai on Chile's Easter Island.

Episode 2 – Off the rails

Wander with Phoebe Smith as she travels by sidecar, train then tuk-tuk between Cape Town and Johannesburg in South Africa. She went to experience the classic Blue Train - a meandering and luxurious railway ride - and found truly captivating stories outside of its carriages.

Learn how to beat the dreaded jet lag with Phoebe's hard won travel hack of the month, meet the pioneering first female scuba dive instructor in Jordan, whet your appetite for slow travel with the best train rides in the world, discover how a travel skirt could be more of use than you think (in association with Rohan), old school explorer Benedict Allen bears his soul (and a little more...) in a store cupboard when he meets Wander Woman, and finally - learn about Freya Stark, our Wander Woman of the Month, who mapped parts of the Middle East before any other Europeans had even ventured there.

Episode 3 – Have you ever been enchanted?

Join Wander Woman Phoebe Smith in episode 3 as she goes bog hiking in Estonia – a far cry from the stag parties and football hooligans usually associated with Tallinn.

Learn how to pack like a pro with her hard won travel hack, walk this way as she reveals the best long distance paths in the world, meet Dr Guy Stevens – the man trying to save manta rays in the Maldives, find the perfect gloves for your travels thanks to Rohan, go underground with author of new book Underland, Robert Macfarlane, and last but not least, meet Wander Woman of the Month – Wanny Wolstad, the first female trapper in Svalbard.

Join Wander Woman Phoebe Smith this month as she goes walking with the ancestors in Tasmania - a place where, until the 70s, all of the aboriginal people were said – incorrectly - to have been wiped out; find out how to get the best deal on a flight for your next trip with her hard-won travel hack; prepare to be awed as Phoebe counts down the top 10 natural phenomena in the world and where to see them; meet Professor Peter Harrison who talks sex… on the Great Barrier Reef, in a mission to save the coral.

Plus, find out how to buy a waterproof for your travels thanks to gear experts, Rohan; discover where the wild cooks go with Cerys Matthews – ex-Catatonia frontwoman, BBC Radio presenter and author of a new cookbook; and meet our Wander Woman of the Month – Emma Gatewood – the first and oldest woman to complete the USA’s Appalachian Trail back in the 1950s.

Episode 5 – Beyond the end of the road.

Join Wander Woman Phoebe Smith this month as she takes a cargo boat along Quebec’s isolated Lower North Shore, in Canada, a place that relies on a ship to deliver goods and people between twelve remote communities; find out how to stay on the road for longer with her hard-won travel hack; open your mind as Phoebe reveals the top 10 most mythical creatures said to roam the earth; meet Roberto Klabin, of Brazil’s Caiman Ecological Refuge, as he tells how he’s trying to save the Pantanal’s jaguars; find out which is the best travel top for your next trip, thanks to gear experts, Rohan; hear why Australia truly got under the skin of light artist Bruce Munro – creator of the Field of Light in Uluru; and last but not least, meet our Wander Woman of the Month – Bertha Benz – who undertook the world’s first road trip and was vital to the forming of the largest car makers in the world.

Episode 6 – Notes from a small island.

Join Wander Woman Phoebe Smith this month as she stays in Britain to undertake a 300-mile kayak around the British waterways to highlight how easy it is to have an adventure close to home. Not only that, but through this incredible journey, she helped her co-conspirator in adventure Dr John Pike raise money and awareness for the Thames Valley Air Ambulance.

Find out how to create your own home-grown expeditions with her hard-won travel hack; tour the isles, forests, mountains and coast of the UK as Phoebe reveals the top 10 British Escapes to take this year; meet Barrie Gilbert - the man who was mauled by a grizzly bear and then became one of the biggest campaigners to protect them (in association with Destination Canada); find out why a pair of normal looking jeans - with hidden tech built in - could be all the leg wear you need on your next trip, thanks to gear experts Rohan.

And finally, Phoebe catches up with her friend travel author and legend Bill Bryson to find out where he's been, where he's going and what makes a good travel writer; and meet our Wander Woman of the Month - Mary Anning - who wandered the British coastline to support her family by collecting fossils and almost single-handedly bringing tourism to the Jurassic Coast.

“You could go hybrid. It [the Merino Union 150 Vest] keeps my core toasty in colder climes, but when running in the sunshine it wicks away sweat effectively.”

Episode 7 – In search of silence

Join Wander Woman Phoebe Smith as this month she heads to north Iceland, to a small town called Húsavík, which was the former whale hunting hub and is now the country’s capital for whale watching. There she trials a trip with innovative company North Sailing which now offers a carbon neutral experience with silent electric boats.

Learn how to make a travel movie on your smartphone that people will actually want to watch with the Travel Hack of the Month and find your happy place with one of the most calming destinations to visit in the world with Phoebe’s regular Top 10 in Travel.

Meet Sylvia Cloutier (in association with Destination Canada), the Canadian woman who is ensuring that the Inuit cultural tradition of throat singing is passed on to the next generation after nearly being lost when the missionaries arrived; find out why you need a rucksack that packs down tiny on your next trip thanks to gear experts, Rohan.

And finally Phoebe catches up with her polar teammate and the first black Briton to walk to the North Pole, Dwayne Fields, to find out how he turned his life around from the streets to the peaks; and meet our Wander Woman of the Month – Ada Blackjack – the female Robinson Crusoe who survived on a remote Arctic island when the British expedition she was on went wrong.

Join Wander Woman Phoebe Smith as this month she takes the wheel and hits the road to follow Mexico’s Route 1 on a mission to prove that the Baja peninsula is the perfect place for a solo road trip.

Get clued up with our Travel Hack of the Month to help you avoid getting stung by hidden costs when renting a car overseas; start planning for life after lockdown (in association with Destination Canada) with our pick of the quirkiest trips to take in Canada over the next 18 months and beyond; journey to Australia to learn about the colourful and bizarre annual mating ritual performed by cavorting cuttlefish.

Find out the ultimate trousers to wear on long-haul flights, train rides and bus trips thanks to gear experts, Rohan; and Phoebe catches up with comedian, outdoor lover and avid traveller Ed Byrne to find out why one adventure ending up making the headlines and which bit of kit he never leaves home without.

And meet our Wander Woman of the Month – Ann Sayer, former vice-president of the Long Distance Walkers Association, who still to this day holds the record for fastest walk from Land’s End to John O’Groats.

Join Phoebe Smith as this month she sends her Wanderwoman correspondent (and podcast producer) Daniel Neilson to the wild and remote Torngat Mountains. His plan was to go for the polar bears and icebergs but found so much more.... (in association with Destination Canada).

Learn how to haggle like a pro in a souk with our Travel Hack of the Month, so you can ensure both you and the vendor leave with smiles on your faces.

Wanting a city break with some wilderness on the side? Our Top 10 looks at the best urban centres around the globe that offer an abundance of outdoor activities right on the doorstep. Plus, journey to South Africa to meet the group of street kids turning their lives around by learning to shoot with a camera rather than a gun.

Get shopping and beat the bugs with the best insect repelling shirts - thanks to our podcast partners Rohan; and Phoebe catches up with Olympic gold medallist and world record rowing champion Helen Glover MBE to find out how much travelling she got to do when competing and how life as a mum has changed her approach to exploring places.

Finally, in this bumper podcast, meet our Wanderwoman of the Month – Bessie Coleman, an aviator who not only pushed the boundaries for women but also for African Americans.

Have you tuned in to one of Phoebe’s podcasts? If so, we’d love to hear what you think. Is there a particular topic you’d like Phoebe to cover? Perhaps you can relate to one of the features, or maybe you’ve travelled to one of the destinations mentioned. Tweet us @rohantime and @PhoebeRSmith using the hashtag #WanderWoman, or email stories@rohan.co.uk.

Phoebe, together with fellow adventurer-explorer and UK Scout ambassador Dwayne Fields, wants to show that anyone – from any background, sex or race – can make their wildest dreams come true. The duo is on a mission to engage young people on the topics of climate change, wildlife conservation and epic adventures. In November 2020, they are aiming to complete a world first in Antarctica. They’ll walk from Beckner Island’s colony of emperor penguins to the South Pole, unsupported and unassisted.

They intend to take a group of underprivileged young people to Antarctica the year after, in 2021 on a specially chartered expedition ship through their #WeTwo Foundation. 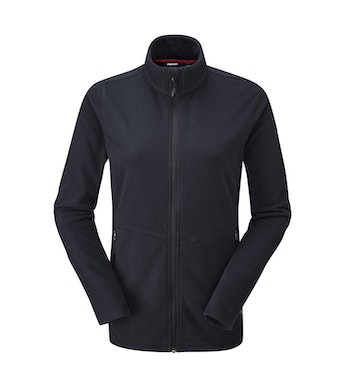 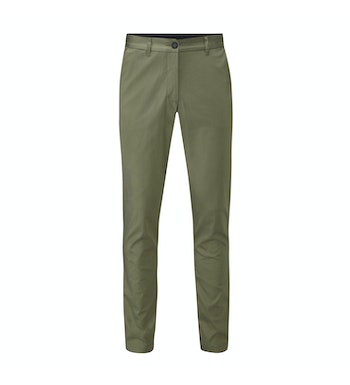 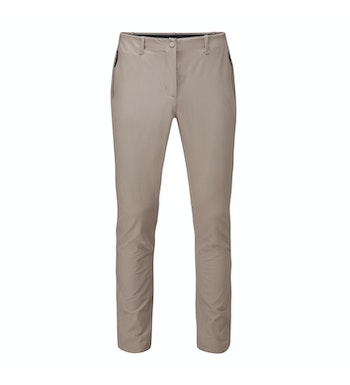